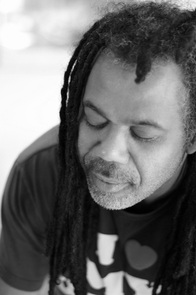 Known for his velvet smooth and sexy voice, Jamaican Broadcast announcer, Patrick Lafayette has been in the business for twenty-four years. Former host of the popular weekday show Kool Rhythms on Kool 97FM from 1-5pm, Patrick has started his own production company, Twin Audio Network. Over the last few years (2005 – present) he has produced audio features for XM Satellite radio, the British Broadcasting Corporation “BBC,” Choice FM in London as well as for distribution to over 50 stations in the United States and Europe.

Prior to devoting himself fulltime to Twin Audio, Patrick acted as the station manager for Kool 97FM for a year (2004 – 2005) while still hosting his afternoon show. A founding member of Kool 97FM, he hosted his show for six years before leaving the organization. He has also done freelance production for Panos Caribbean, an international information organization, since October 2005. Additionally in July 2008, he started producing educational features for the Ministry of Education.

He was instrumental in the production of a five CD and DVD box set on noted Jamaican musician, Augustus Pablo. It was released in June 2008, and featured in Rolling Stone Magazine’s top ten releases. He has worked with the Public Broadcasting Corporation of Jamaica (PBCJ) to produce a pilot television show on disabilities.

In 1984, fresh from finishing his communication degree at Marist College in Poughkeepsie, New York, Patrick returned to Jamaica to start working at Capital Stereo (the name was later changed to FAME FM).

Collectively he spent over ten years at FAME. He was also one of the founding members of staff at KLAS FM when he started as an announcer. He has done work in the public relations, advertising and teaching professions. A musician himself, he has released several singles as well as helping other musicians produce their music. He has worked with the likes of Betty Wright, Noel ‘King Sporty’ Williams, Heather Cummings, Rhythm Twins Sly and Robbie, Ibo Cooper of Third World and the Fab Five Band.