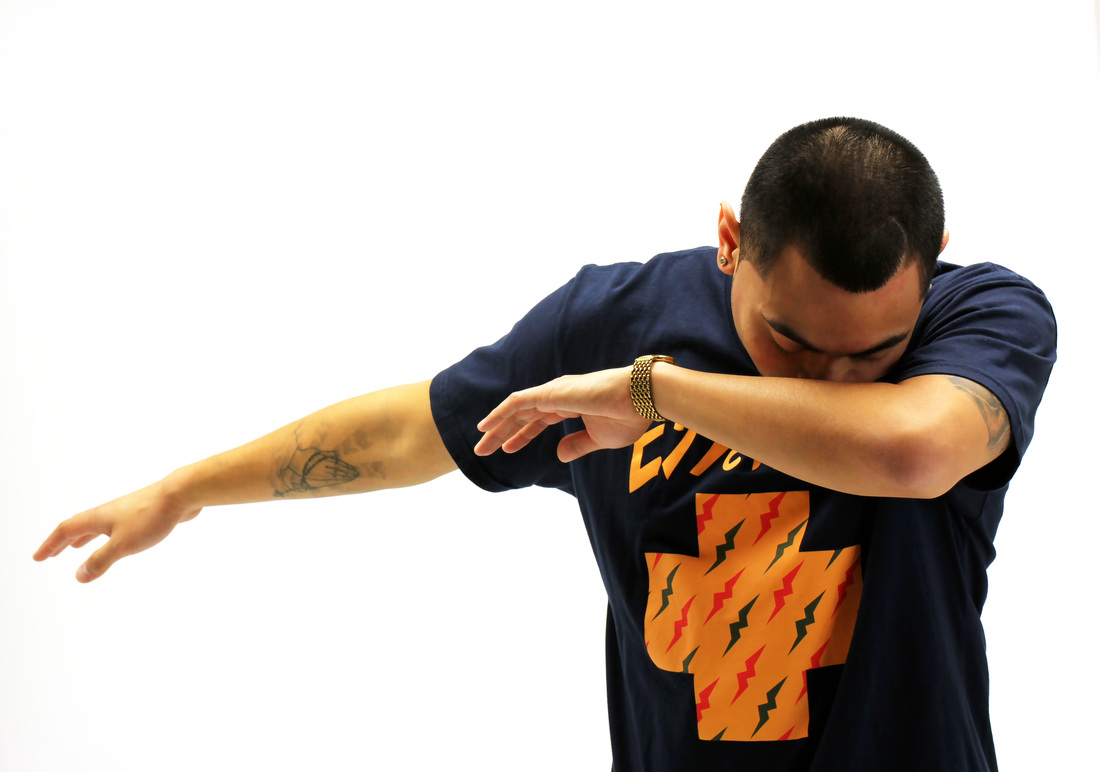 Just Bizarre"I love the way the music makes me feel, I feel like a superstar when I'm rapping, I feel like the man." says a confident Justin Magie. Better known as Just Bizarre aka Bizzy Blanka aka Swanky Blanky aka Captain Bizzy of the Elite Fleet Gang (EFG) aka the [_____]ship Gang (567SG), the second son of 2 Filipino immigrants has always had to fight for acceptance amongst his peers. The MC hailing from the East Coast was born in Northern New Jersey (Bergen County) in 1990 where he spent most of his childhood there running around the streets of his hometown of Lodi. As a kid, he was always filled with lots of energy, good vibes, and creative thoughts. Throughout elementary school, Biz excelled in his academics and in 3rd grade was chosen to be apart of the GATE program. Though he did well in all core subjects, he always had a passion for the English language and especially the creative writing aspects of it. In 6th grade Bizzy moved from Lodi, NJ to Woodridge, NJ for a year and just when he was settling down and getting used to new friends, his family decided to move again! When Biz was 12, the family moved from New Jersey to East Stroudsburg, Pennsylvania in the Poconos where he had to start all over.
It was there in Eastburg where Bizzy started to write raps with his new neighborhood friends in his community of Northpark. He was also influenced by his older brother Meez Montana who was already rapping and had recording equipment in his bedroom. Bizzy's rapping started out of boredom at first, more of a hobby, but in 2005 is when Biz started to realize that he was gifted with the pen and decided that music was what he was going to do in life. Releasing his earliest recordings on his Myspace page, Just Bizarre had a string of hits and freestyles that locals really gravitated to (What You Wanna Do?, That Girl Freestyle, Paper Planes Freestyle etc.) including a couple of songs with Chiddy of Chiddy Bang who was an East Stroudsburg North High School classmate of Bizzy Blanka's. In 2008 Biz and another friend by the name of Semi The GAWD started The Elite Fleet Gang (EFG) aka 567SG (56Seven Ship Gang) and began their conquest of the Rap Game.
In 2010, Biz was at a crossroads. 2 years into college and unhappy with how it was turning out he had to make a choice, either continue with the education or take chances chasing the dream. He went with the latter and dropped out. It was on July 31st, 2010 on his 20th birthday when Just Bizarre released his very first, very rare mixtape titled "The View" which has been widely acclaimed as an Eastburg classic. Selling the cd's out of the trunk of his car, Bizzy was all over the Poconos hustling and grinding, meeting new people while on the journey. In 2011 he released his "Legendary" mixtape where he lyrically slaughtered 7 classic Hip Hop beats as an appetizer to hold fans over until his next big project "The View 2." In October 2011, is when Just Bizarre dropped "The View 2" which was hosted by The Fleet DJ's and got over 1,000 digital downloads in under a year!
Just Bizarre has performed from Philadelphia, PA opening for Dosage (Pharrell Williams & Lupe Fiasco's All City Chess Club) to Jersey City, NJ, and in such notable venues like Stroudsburg, PA's Sherman Theatre, The Stanhope House in Stanhope, NJ opening for Cyhi The Prynce (G.O.O.D. Music) to The Blue Room in Secaucus, NJ opening for Joell Ortiz (Shady Records/Slaughterhouse). He has been featured in such publications like the Pocono Record and The Stroud Courier (ESU's school newspaper). Biz has been seen in notable websites like MTV.com, Viewhiphop.com, 57thAve.com, and Worldstarhiphop.com to name a few. His style of hip hop has been compared to the likes of such rap giants like Kanye West, Kid Cudi, Wiz Khalifa, and Lupe Fiasco. He brings complex lyricism to the game with intense wordplay, as well as wavy hooks.
Bizzy just recently released his long awaited "Legendary 2" mixtape which was hosted by DJ Onpoint (Mobb Deep's official tour DJ who hosted Joe Budden's MM3 and J. Cole's The Come Up) and is available on Datpiff.com now. Currently Biz resides in Hackettstown, NJ where he is working on his next big project titled Hungry and Foolin' which is all original music and is slated to drop soon. #EFG #567SG [_____]ships.